In today’s Old Testament reading, there is an unusual ceremony to check if a wife has been unfaithful to her husband. It requires a couple of ‘ingredients’. In Num. 5:17, there is the first mention of ‘holy water’. Holy water is a common sacramental still used today in every Catholic church (https://www.catholicsacramentals.org/holy-water) and this passage is demonstrates that not only is its use biblical but also that it has important properties. Exorcists and saints, such as Theresa of Avila, have repeatedly demonstrated that demons detest holy water (water that has been blessed / exorcised by a prayer) and demons can tell when priests have forgotten to bless the water (MacNutt, 246-247, 2006). People have ‘checked the power of blessed oil, salt and water, comparing them to the elements that have not been blessed. The evil spirits can tell the difference‘. The same effect can be demonstrated with blessed objects. Exorcists have noted that people who are possessed will try to avoid a certain chair or react strongly to it if a blessed object – such as a medal – has been inserted into the chair cushion.

‘The rite of blessing said over water by a priest to make it holy contains prayers of exorcism. It can banish demons, heal the sick, and send unwarranted grace upon us—yet most of the time we cross ourselves with this water without even thinking about how holy it really is‘ (https://www.catholiccompany.com/magazine/8-ways-to-use-holy-water-5699).

The second element needed for the ‘unfaithful wife test‘ is ‘dust from the tabernacle floor‘, which no-one can obtain since the destruction of the temple in AD 70.

In Num.5:24, the mixture of holy water and tabernacle dust (‘the bitter water’) is drunk by the poor wife under suspicion and it ‘brings a curse‘, which can either convict or clear her of guilt. If we were to just read the New Testament, we might forget that the Israelite priests did have some real spiritual authority. In the New Testament, we see them trying to plot against Jesus and eventually engineer his death. We aren’t reminded of their heritage and the important role they played in shepherding the Israelites and settling disputes.

Chapter 6 lists the rules for people who want to make a special vow to the Lord, and temporarily become a ‘Nazirite’. A Nazirite is banned from drinking wine or any other fermented drink. They can’t eat any form of grapes, even raisins, go near a dead body and must not cut their hair. Their long hair is dedicated to the Lord and at the end of a period of separation, once their vow is successfully completed, their hair is cut off and burnt.

In Acts 18:18 Saint Paul ‘had his hair cut off at Cenchreae because of a vow he had taken’. It’s interesting that hair has some special sacrificial significance and can indicate a period of intense devotion to God. Samson was a Nazirite dedicated to God from his mother’s womb but the Lord left him after Delilah treacherously had his hair shaved off (Judges 13-16). Several people I know have ceremonially cut off their hair and sent it to a wig-making charity such as The Little Princess Trust (https://www.littleprincesses.org.uk/). For these kind donors, it was a generous act of charity sometimes prior to starting cancer treatment – perhaps asking for God’s blessing and healing to come upon them – or marked a special turning point in their lives.

In Num. 6:22-26, the Lord tells Moses how the priests should bless the Israelites. The blessing are beautiful and still relevant today. I find it is always a difficult decision how to sign off an email. If I write ‘Regards’ it seems a bit harsh. I am not a great fan of the softer ‘Kind Regards’. I think I will select one of these wonderful phrases in the future to finish off my emails:

May ‘the Lord make his face shine upon you and be gracious to you (Num. 6:25)

Of course, if we were to do this while working for a company with an evil HR department, it may want to discipline us for ‘forcing’ religion onto people. It would be an interesting industrial tribunal if we were to be disciplined for blessing our workmates.

Today, we read about the birth of Jesus which feels slightly strange on March 17th (Saint Patrick’s day).

Joseph and Mary travelled to Bethlehem to the town of David for a census. The Romans seem uncharacteristically disorganised by making everyone travel to different towns. They could have quite easily interviewed Joseph in Nazareth, where he lived, and ticked a box to say where his family had originated from. I have to fill in a census form this weekend and I don’t have to travel to Bolton (where my father comes from) to do it. It will all be online and mainly comprise of multiple questions about my sexual orientation and exactly how much Welsh I can understand. However, God has pre-planned this census to exactly coincide with Jesus’ birth. To fulfil yet another Old Testament prophecy, Jesus had to be born in Bethlehem, ‘But you Bethlehem Ephrathah, though you are small among the clans of Judah, out of you will come for me one who will be ruler over Israel, whose origins are from of old, from ancient times’ (Micah 5:2).

Mary gave birth to Jesus while she was ‘pledged to be married’ (Luke 2:5) to Joseph. Mary was an unmarried, teenage mum. Jesus was wrapped in cloths and placed in a manger. Western nativity scenes typically have this manger located in a stable – a small agricultural shed. The Eastern tradition is that Jesus was born in a small cave in the town, over which the Church of the Nativity is now located. (https://whc.unesco.org/en/list/1433/#:~:text=Documents-,Birthplace%20of%20Jesus%3A%20Church%20of%20the%20Nativity%20and%20the%20Pilgrimage,Jesus%20since%20the%202nd%20century).

We know from Exodus 1:15-19 that some Hebrew women were midwifes. We would have expected Mary, particularly as a very young mother, to have been attended to during her birth. However, Luke 2:7 says Mary ‘gave birth to her firstborn‘ and she ‘wrapped him in cloths and placed him in a manger‘ implying that she did this all by herself. The non-canonical ‘The Protoevangelium of James‘ mentions midwives. They turned up too late for the birth because Mary would have delivered Jesus remarkably easily by herself – as she had been conceived free from original sin and thus had not inherited the curse of painful labour that God had given to all other women following Eve’s disobedience (Genesis 3:16) (https://www.catholic.com/magazine/online-edition/was-mary-free-from-labor-pain). One of the midwives has traditionally been identified as Salome, who (as Mary Salome) is believed to be one of the three daughters of Anne and Joachim (Jesus’ grandparents on Mary’s side). All three of their daughters were confusingly called Mary. Salome is also often identified as the wife of Zebedee, the mother of the apostles James and John.

According to the non-canonical legend, Salome had her hand withered by God after having the temerity to question (and check) the other midwife’s observation that Mary’s virginity had remained intact during and after the birth. Salome was then told to hold baby Jesus with her withered hand and was miraculously healed. It would make perfect sense if Salome was the elder sister of Mary because the most likely person to disrespect someone to this extent is a close member of their own family. This same Salome, the ‘believing midwife’ in medieval art, then follows Jesus as a disciple throughout his adult ministry and touchingly brings spices to his tomb intending to anoint his dead body (Mark 16:1). She had remained dedicated to Jesus for the whole of his life. However, ‘The Protoevangelium of James‘ has always been condemned by the church and so we can’t rely on any of it. Presumably no-one wants to officially promote this gynaecological version of the story of doubting Thomas (John 20:24-29).

Some pastors make a big point out of Luke 2:7: ‘there was no room for them in the inn‘. Jesus wasn’t laid in a manger because his parents were poor. They probably had enough money to stay in the inn. However, the inn was full due to the census. There were no hotel booking websites or telephones in those days. It was first come, first accommodated. However, this does not mean that Joseph and Mary were rich or even well-off. Joseph was a carpenter. Mary was unemployed and so they had as much money as an honest elderly carpenter bringing in a single wage. God would have made sure they had all their needs and after the Magi (Wise Men) gave them gold, frankincense and myrrh they had enough funds for a long sojourn in Egypt.

The shepherds visited baby Jesus after angels told them about his birth. The shepherd were outsiders ‘living out in the fields near by’ (Luke 2:8). The town would have been in busy uproar with everyone turning up for the census and so it is wonderful that people living on the outskirts of society, in the relatively quiet and peaceful fields were included in the celebration. The people in the town were probably so tied up with their own lives, recovering from their journeys to Bethlehem and fighting to get a meal and some wine at the packed inn, they wouldn’t have given our saviour’s birth the respect and wonder it deserved.

I love Luke 2:19, ‘ Mary treasured up all these things and pondered them in her heart‘. I love to ponder (to think and to meditate about things carefully) and this blog is an outpouring of my daily pondering. Please join my pondering club and join me in ruminating on the wonderful things in the Word of God.

The temptations of the adulteress. She tempts ‘one who lacks judgement‘ (Prov.7:7). Their nefarious liaison takes place ‘as the dark of the night set(s) in‘ (v.9). She is ‘dressed like a prostitute‘ is ‘loud and defiant’ and has ‘crafty intent‘ (Prov.7:10). She has a ‘brazen face‘ (Prov.7:13). She seduces the one who lacks judgement, while her husband is away on a long journey, ‘let’s enjoy ourselves with love‘, but, as it takes two to tango, they are both as guilty as each other.

Prov.7:14 shows the hypocrisy of the situation, ‘I have fellowship offerings at home; today I have fulfilled my vows‘. How many times have we come out of church, having had our sins forgiven by God, and almost immediately started to sin again. The lady in this reading was planning to sin even while fulfilling her holy vows (Prov. 7:14). We can’t expect God to pay any attention to our prayers if we are plotting serious sin in our hearts. As a Catholic. I have heard the devil whispering to me, ‘Plan to go to confession next Saturday and then it doesn’t matter if you fit in a few sins beforehand. It will make it more worthwhile‘. Shocking.

One wonders whether her husband is up to the same sort of shenanigans. ‘He took his purse filled with money’ (Prov. 7:20). It’s a story of sexual misdeeds that still sounds current to our modern ears apart from the quite romantic, ‘I have perfumed my bed with myrrh, aloes and cinnamon’ (Prov.7:17). Today, this might read, ‘I have squirted my bed with ‘Nude’ by ‘Rihanna’ that was on offer by the checkout in the supermarket’.

God takes adultery incredibly seriously and Jesus stresses that we should not even look at others with lust in our minds let alone be dragged off to their scented bed chambers. We shouldn’t go out for a night on the town without our spouse. The best way to beat temptation is to avoid it. God will forgive us if we repent and renounce our behaviour but only if we say sorry out of our love for him and are truly repentant for having offended him. 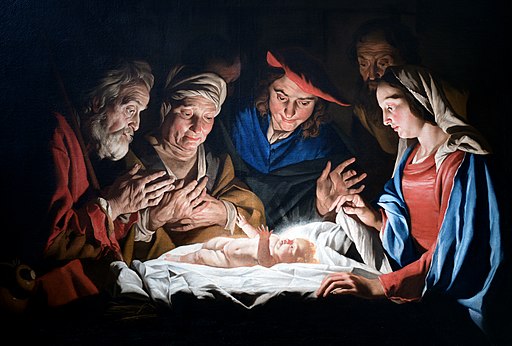